THIS IS WHO WE ARE 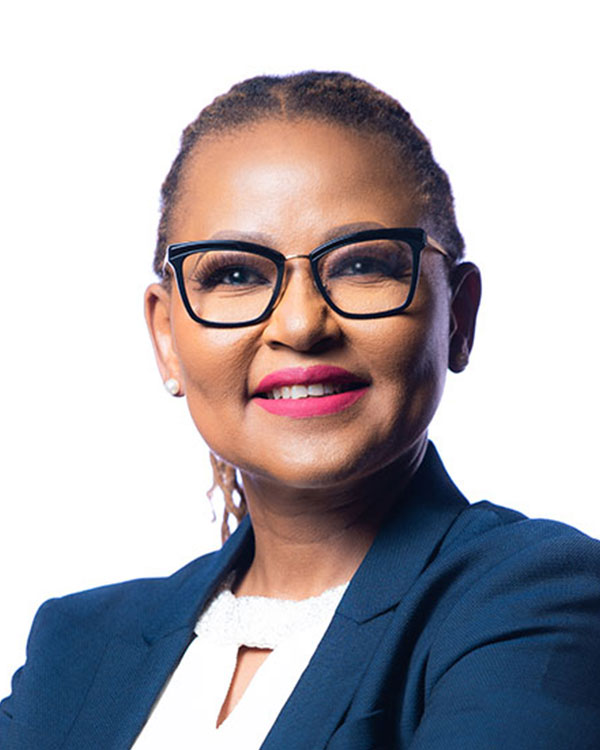 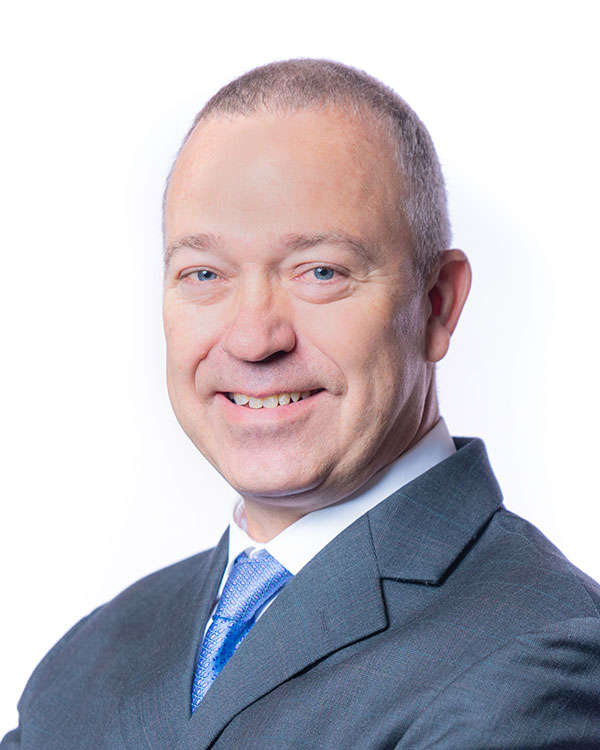 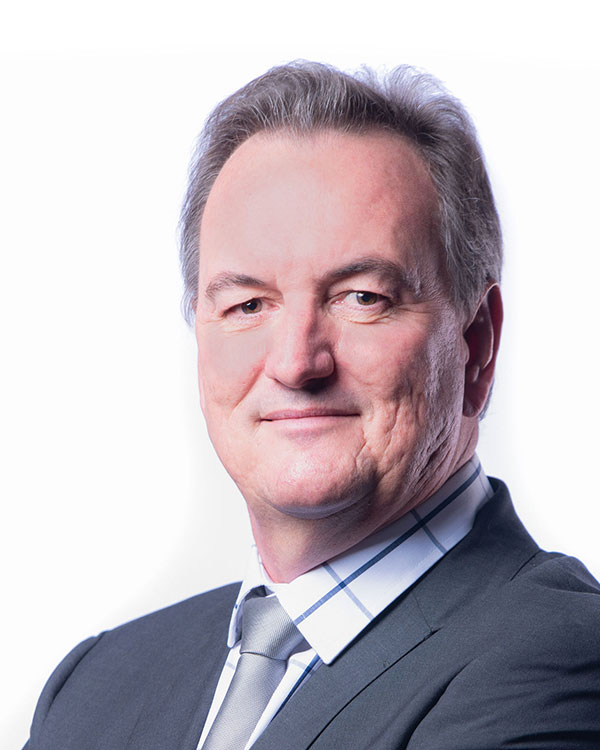 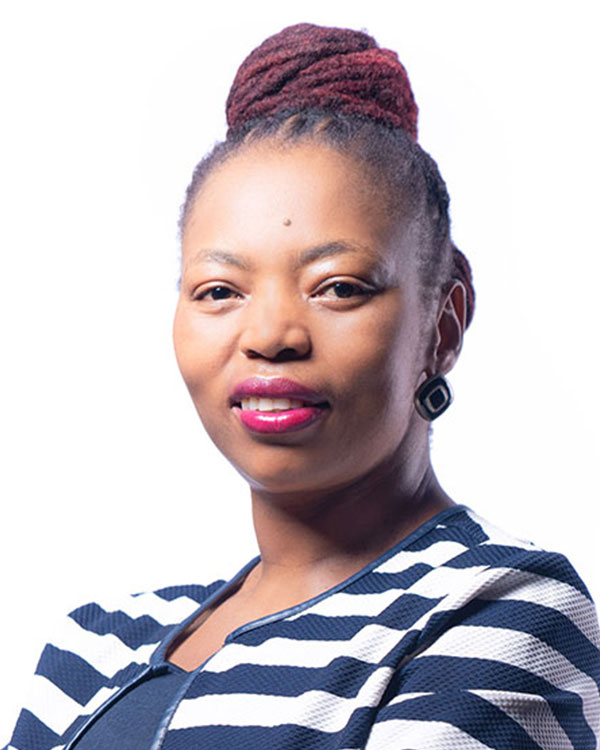 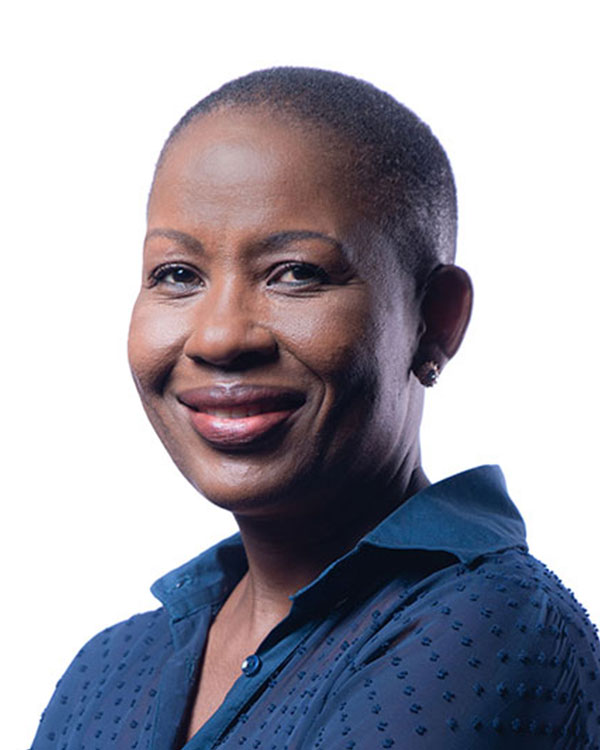 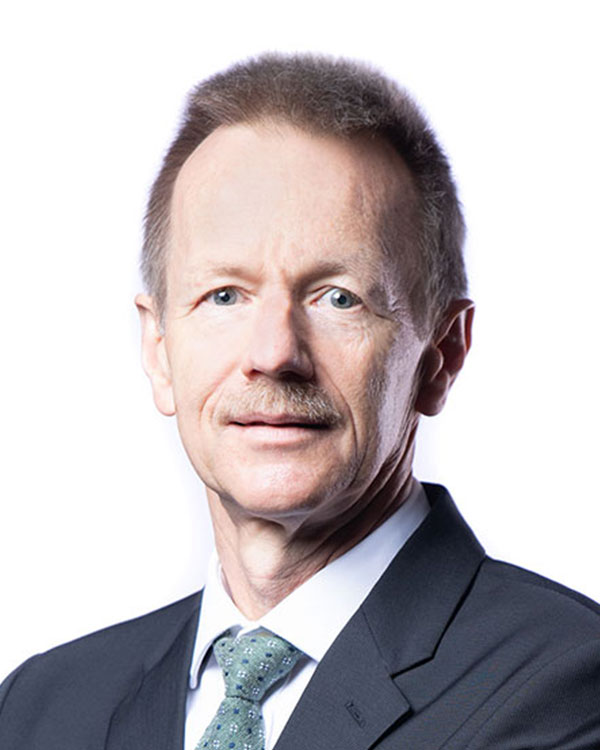 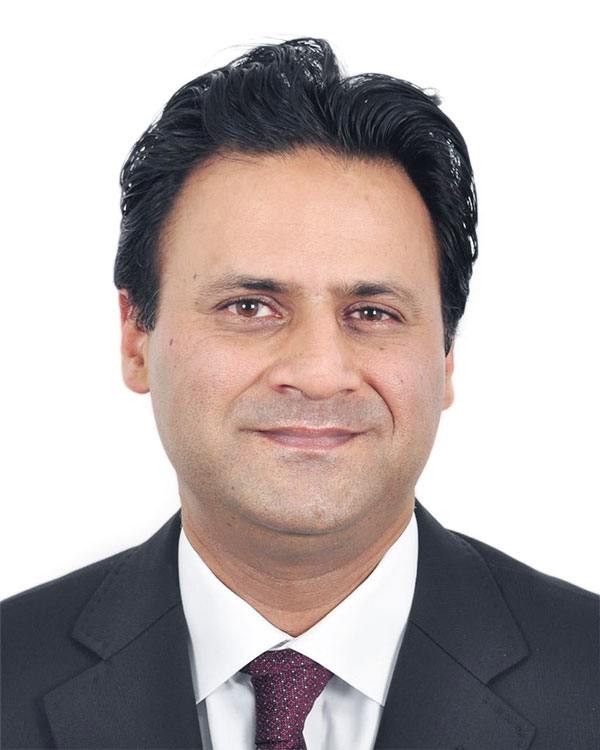 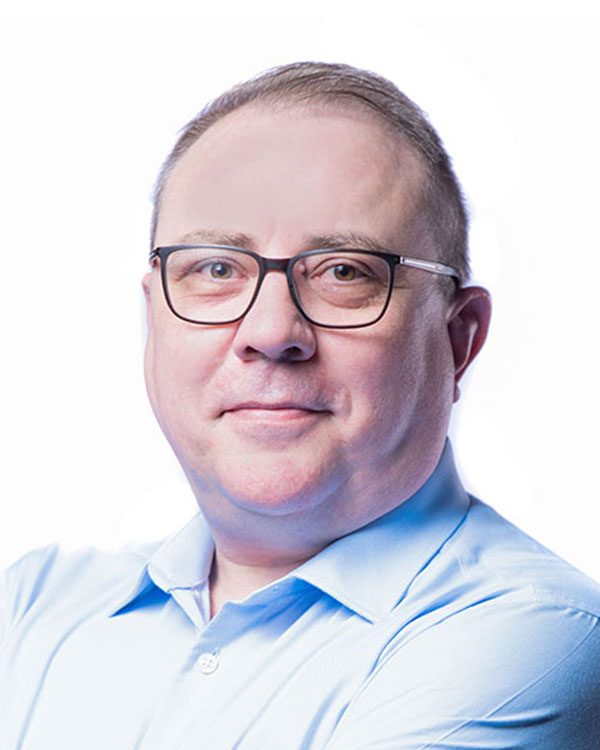 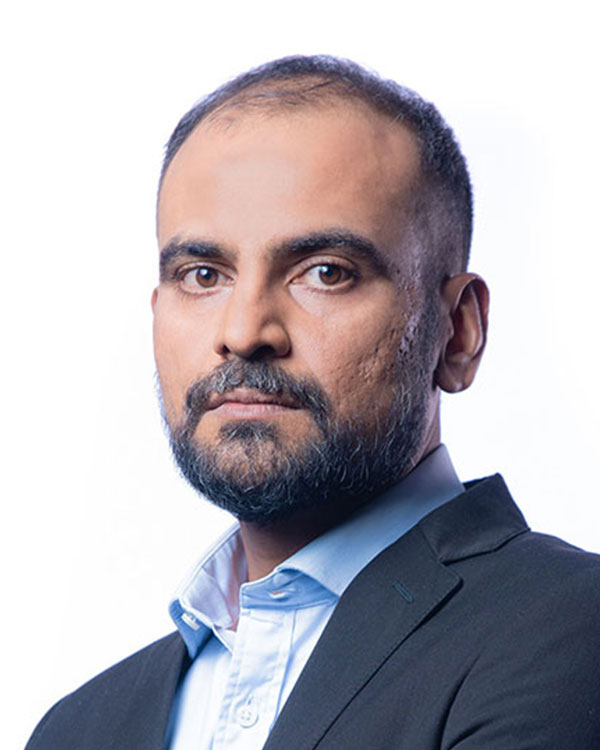 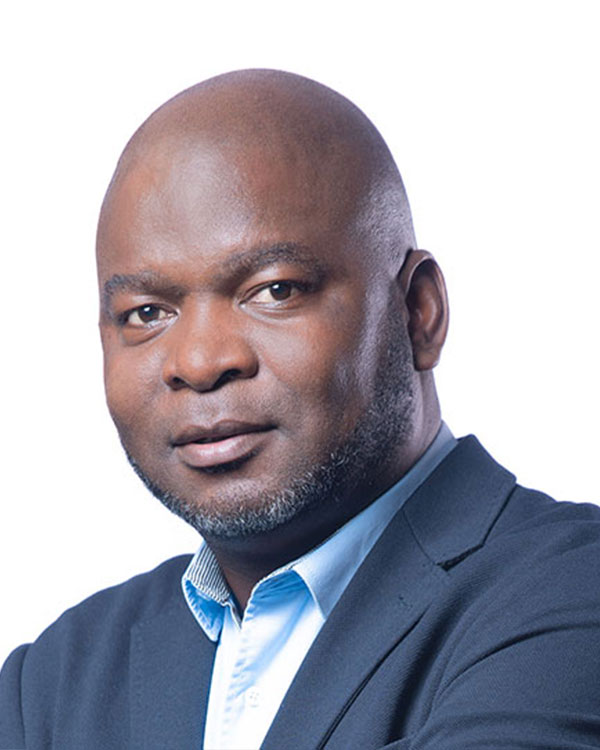 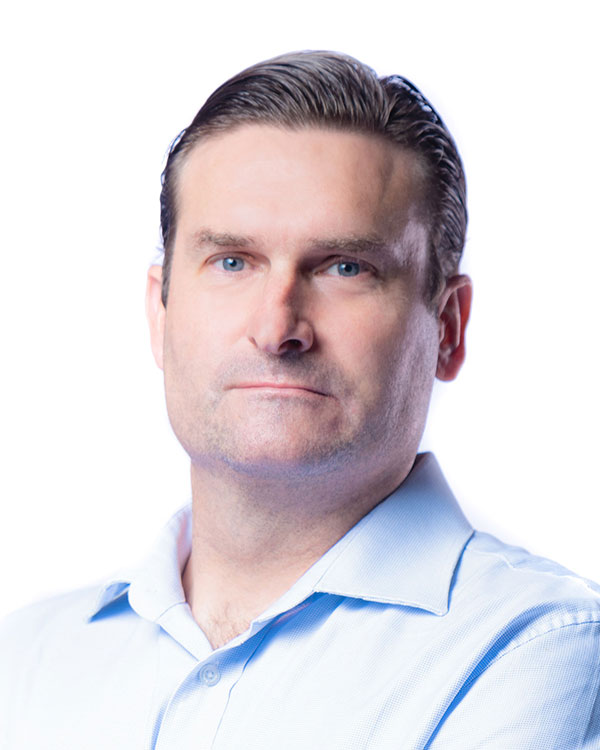 Tabish Gauhar has over 28 years of corporate, private equity, public service and entrepreneurial experience in general management, organizational turnaround, business development and project financing across the energy and infrastructure space in emerging and frontier markets.

He is the founder of Dubai-based Oasis Energy connecting different pools of institutional capital with investment opportunities in the infrastructure space across Africa and Asia. Mr. Gauhar has served as advisor to the Government of Pakistan, Mubadala Infrastructure Partner, A.P. Moller Capital and on the Board of several private and publicly-listed companies.

During his tenure as Partner & Global Head of Energy Infrastructure at The Abraaj Group (2006-2015), Mr. Gauhar was a senior member of the team that raised and fully deployed a $2b general-purpose infrastructure fund across the emerging markets; led the launch of a $500m energy focused fund; and served as Country Manager with $1b of assets under management, including as CEO and Chairman of K-Electric Limited to lead the HBS Case Study-recognized turnaround of this ailing integrated utility company serving 20 million people.

Prior to Abraaj, he was the Regional CFO at AES Corporation (1999-2006) responsible for a $5b power & water infrastructure portfolio across 16 businesses in 12 EMEA countries, and Head of Business Development for Middle East. Mr. Gauhar has also served in various positions at Exxon Chemical and International Power (now Engie Energy International) between 1993 and 1999.

He has a First-Class Honors degree in Electrical Engineering from King’s College London (Chevening/ICI Scholar), and an MBA in Finance.

Sakkie (IC) Leimecke joined the International Finance Corporation (part of the World Bank Group) in June of 2020 and is focusing on building and strengthening IFC’s relationships with clients and partners in Southern Africa, promoting the IFC franchise given investment opportunities across MEA and refining the IFC strategy in South Africa and the region to the new reality. He is engaging with authorities in cooperation with the World Bank and a fresh look at our relationship with South Africa’s SOEs, municipalities, and commercial banks and institutional investors.

Before IFC, he was the Head: Energy Finance at Nedbank, which he joined in 2007. He was a contributory in negotiating South Africa’s Renewable Energy Independent Power Procurement Programme (REIPPP), driving a market-dominant position for Nedbank. He also forged and implemented the bank’s investment drive into Sub-Saharan Africa, spearheading flagship power projects including Cahora Bassa (Mozambique), Bujagali Hydro (Uganda) and Lake Turkana Wind Farm (Kenya).

Before Nedbank, he worked for the Industrial Development Corporation of South Africa (IDC), 1988 – 2007, where he gained extensive experience in limited recourse finance transactions in the Industrial Infrastructure and Energy sectors and also covered various other industrial sectors.

Sakkie is an experienced project developer and financier with more than 30 years’ investment banking and DFI experience in South Africa and the continent, covering the Energy, Infrastructure and Agricultural sectors.

Sakkie (IC) Leimecke holds a BSc and MBA from the University of Pretoria.

Leon heads up Corporate Finance and Treasury in Exxaro. He has 21 years’ experience in coal operations, business development, strategic investments, and corporate finance, being involved in joint ventures, large commercial contracts, divestments, unbundling including the raising of financing. Leon has further represented Exxaro on several boards, audit committees and joint ventures, in SA and internationally. He is serving as the Acting MD of Cennergi.

Tlaleng has more than 10 years experience in renewable energy having been involved in a number of South African REIPPPP Projects from Round 1 as an equity partner, contractor and director.

She holds a BScs Electrical Engineering, BHons Management of Technology and MSc Transport Engineering Degrees. She brings to Cennergi, experience and in depth understanding of the energy sector as well as entrepreneurial mindset.

Ruse has held leadership positions at the Department of Minerals and Energy, Development Bank of Southern Africa, Basil Read Limited (Engineering, Procurement and Construction contractor), Standard Bank, and Industrial Development Corporation (IDC). As Head of Industrial Infrastructure at the IDC, she structured and financed transactions in renewable energy, water, telecoms, and transport sectors.

She successfully completed work on the “regulatory review of the electricity market in South Africa – towards crowding in private sector investment” as a lead consultant with the United Nations Economic Commission for Africa.

Ruse serves as a Non-Executive Director of Revego Africa Energy Limited (REVEGO), a limited partner that invests in a renewable energy equity fund.

Mxolisi Mgojo is Exxaro’s Chief Executive Officer and has been in the position since 2016. He has been in the mining industry since 2001. Prior to that, his career includes 10 years as a software engineer and eight years in the finance industry. Other previous experience also includes Marketing and Logistics, heading up the department at Eyesizwe Coal, of which he was a founding member until it merged with Kumba to form Exxaro.

Dr Nombasa Tsengwa started her career in the mining industry in 2003 when she joined the then, Kumba Resources as the General Manager Safety Health and Environment.

With the unbundling of Kumba and the inception of Exxaro Resources, she was appointed as Executive General Manager Safety and Sustainable Development. In 2010 she was appointed as Regional General Manager Coal Tied Collieries, overseeing three underground and four opencast operations. In 2015 she was appointed as acting Executive Head Coal Operations before formally taking hold of this position in May 2016. In this position she was responsible for oversight in the operations and functioning of the Coal Business and its ventures managed by Exxaro Coal. In this position she was also responsible for the marketing and logistics of all products. In July 2020, Dr Tsengwa was appointed as Managing Director Minerals, a new division, which was an expansion of her Coal and FerroAlloys portfolio to included new low carbon minerals. In March 2021 Dr Tsengwa was appointed CEO Designate, until she moved into the role of CEO from 1 August 2022 with the retirement of Mxolisi Mgojo. Before she joined Kumba, Dr Tsengwa worked in various South African Government departments, amongst others, as Deputy Director General of Environmental Affairs and Tourism.

Dr Tsengwa is a member of the Exxaro Board and serves on the Board of the Minerals Council of South Africa. Previously, Dr Tsengwa served on the Astral Foods Pty.Ltd. Board of Directors as a non-Executive Director for nine years (2008-2017), during the last two years, she was also the Chairperson of the Remuneration Committee and a member of the Nominations Committee.

In 2017, Dr Tsengwa was awarded the coveted Standard Bank Business Woman of the Year Award. This was followed by the Winner of the “Africa ‘s Most Influential Woman in Business and Government – Mining Industry Category” at the Pan African Awards in 2018. Exxaro Resources applauded her outstanding leadership and her role in advancing women in the workplace by awarding her an Evergreen Award in the category CEO Special Nomination in 2018.

Dr Tsengwa believes in a balanced lifestyle with regular exercises. She is a keen runner and finished nine Comrades marathons.

Roland Tatnall is the Managing Director of Exxaro Energy and has worked in the Energy sector since 1998. He has invested in, built, structured, and advised power companies, teams and projects in Africa, the Middle East and Asia. Roland previously worked in the oil exploration industry, mainly in emerging and frontier markets, and he was an original investment team member of the first private equity fund to focus on sub-Saharan African power and infrastructure. He also served as a senior executive at one of the world’s largest sovereign wealth power and infrastructure funds, and raised and invested in a proprietary power fund.

Danie was appointed CEO of Cennergi (Pty) Ltd in 2016 after joining the company in 2012. He is a Metallurgical Engineer with more than 23 years’ experience in Operations. Danie has held various technical and management positions in the Iron and Steel, Heavy Minerals, Petrochemical, and Energy sectors. He currently serves as a Director on the Boards of Cennergi and its two project companies, the Tsitsikamma Community Wind Farm and Amakhala Emoyeni Wind Farm.

Trishal Dayal is the Head of Finance for Cennergi. He joined the company in 2013 and oversees the full finance function including accounting, tax, treasury, project finance, supply chain, governance, risk, and compliance. He is qualified CA(SA) with over 15 years’ experience in finance that spans across Minerals & Energy, Financial Services and FMCG. Trishal served as trustee on the Amakhala Emoyeni Bedford Wind Farm Community Trust and the Amakhala Emoyeni Cookhouse Wind Farm Community Trust.

A mechanical engineer by trade, Jason has 13 years experience in the energy field in Southern Africa, including gas generation, co-generation, solar PV and wind. Jason joined Cennergi in 2012 and was part of the project development team for the 95MW Tsitsikamma Community Wind farm, supporting the development of the project from concept to commercial operation in 2016. Jason has been part of the Cennergi operations team since COD, except for a short stint supporting Exxaro with the execution of a number of solar PV demonstration projects. Jason currently heads the operations team managing Cennergi’s Tsitsikamma and Amakhala Emoyeni Wind Farms, as well some of Exxaro’s PV assets.

As a proudly South African company, Cennergi is committed to transformation. All Cennergi subsidiaries are B-BBEE Level 2 certified, as included in Exxaro Resources Ltd’s certification.

This website uses cookies to improve your experience while you navigate through the website. Out of these, the cookies that are categorized as necessary are stored on your browser as they are essential for the working of basic functionalities of the website. We also use third-party cookies that help us analyze and understand how you use this website. These cookies will be stored in your browser only with your consent. You also have the option to opt-out of these cookies. But opting out of some of these cookies may affect your browsing experience.
Necessary Always Enabled
Necessary cookies are absolutely essential for the website to function properly. These cookies ensure basic functionalities and security features of the website, anonymously.
Functional
Functional cookies help to perform certain functionalities like sharing the content of the website on social media platforms, collect feedbacks, and other third-party features.
Performance
Performance cookies are used to understand and analyze the key performance indexes of the website which helps in delivering a better user experience for the visitors.
Analytics
Analytical cookies are used to understand how visitors interact with the website. These cookies help provide information on metrics the number of visitors, bounce rate, traffic source, etc.
Advertisement
Advertisement cookies are used to provide visitors with relevant ads and marketing campaigns. These cookies track visitors across websites and collect information to provide customized ads.
Others
Other uncategorized cookies are those that are being analyzed and have not been classified into a category as yet.
SAVE & ACCEPT